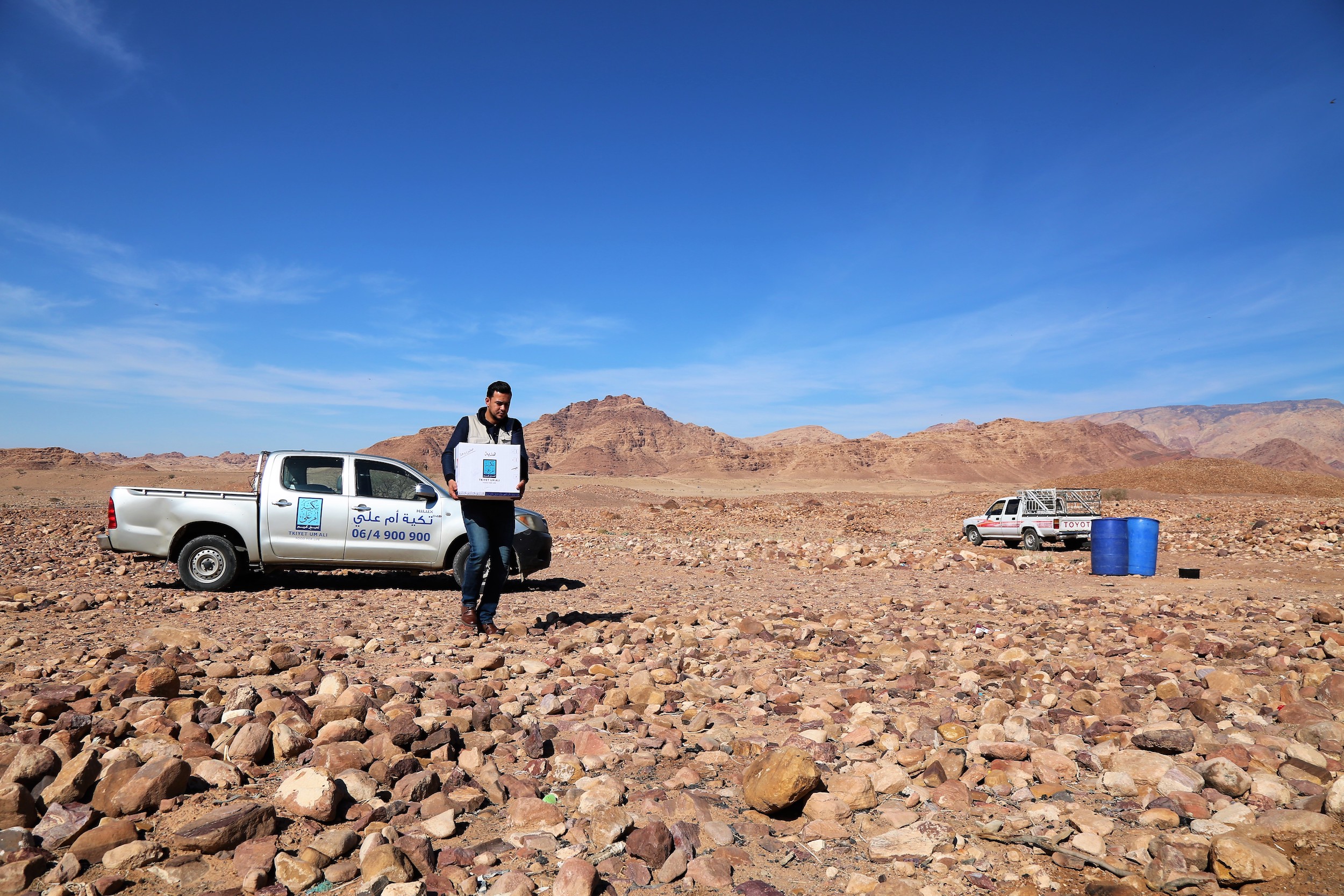 As part of the Sustainable Food Aid program, TUA provides sustainable food aid to families living in extreme poverty in all provinces and governorates across the Kingdom. These families receive monthly parcels that include all the basic nutritional elements which fulfill the needs of a family for an entire month. 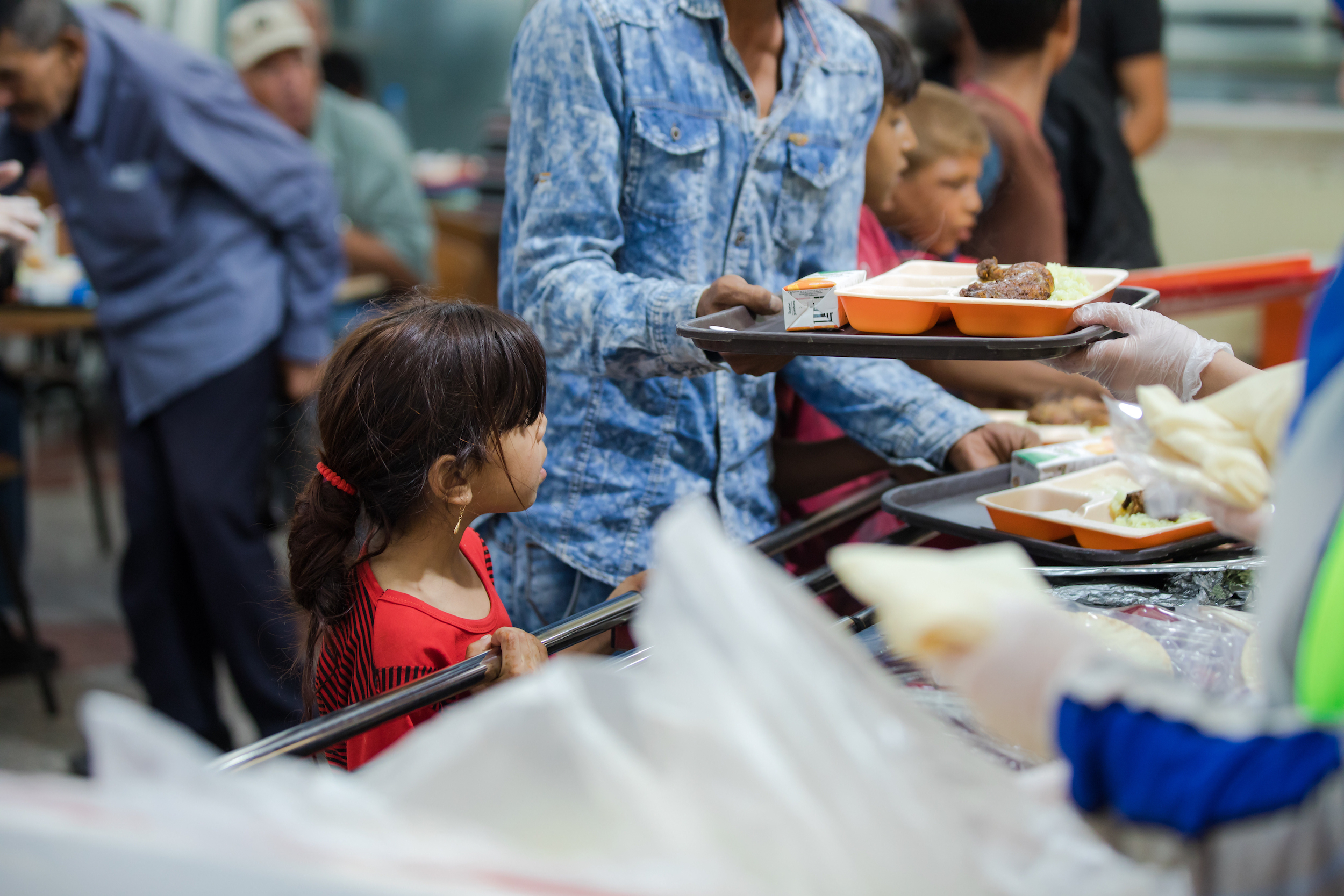 Tkiyet Um Ali serves daily hot meals to 400 people throughout the year at its headquarters in Al-Mahatta, Amman, which is a connecting point for wayfarers coming from various governorates. The Wayfarer Program provides families and individuals who cannot afford lunch with a hot meal that supplies 60% of the daily calorie needs of an adult individual.

Tkiyet Um Ali contracts leading specialized caterers to provide the hot meals offered to wayfarers at its main dining hall. The dining hall is equipped with all the necessary requirements and staffed by qualified professional human resources. All stages of food preparation are monitored in order to ensure the highest food safety standards. 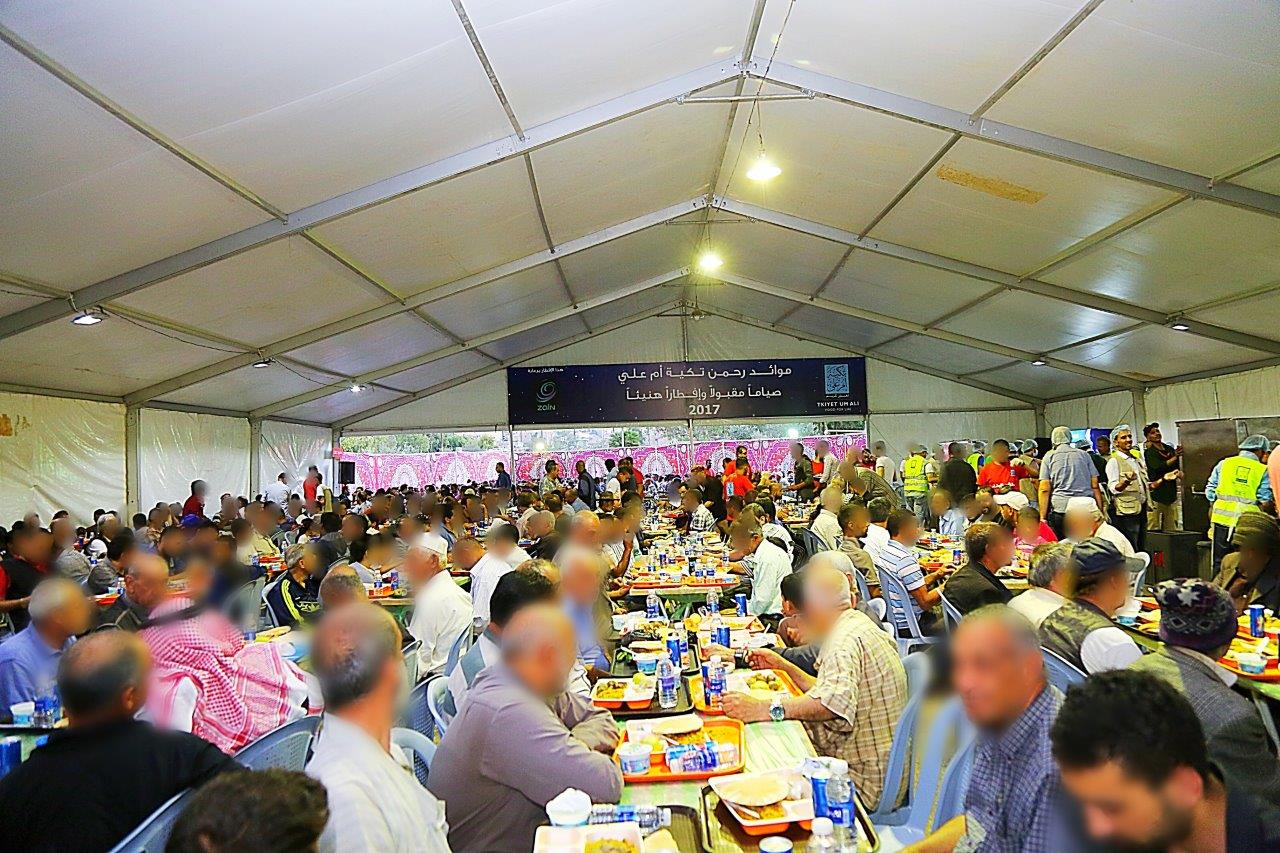 Throughout the holy month of Ramadan, TUA serves Iftar meals at its headquarters in Al-Mahatta, Amman, where fasting underprivileged men, women, and children can have a hot meal with dignity. TUA serves around 2,000 Iftar meals on a daily basis throughout Ramadan. Moreover, in recent years, TUA partnered with the Public Security Department (Highway Patrol Department) to serve Iftar meals to travelers on the Kingdom’s highways. TUA also cooperates with its partner associations to organize Mawae’d Al Rahman in different governorates across the Kingdom. 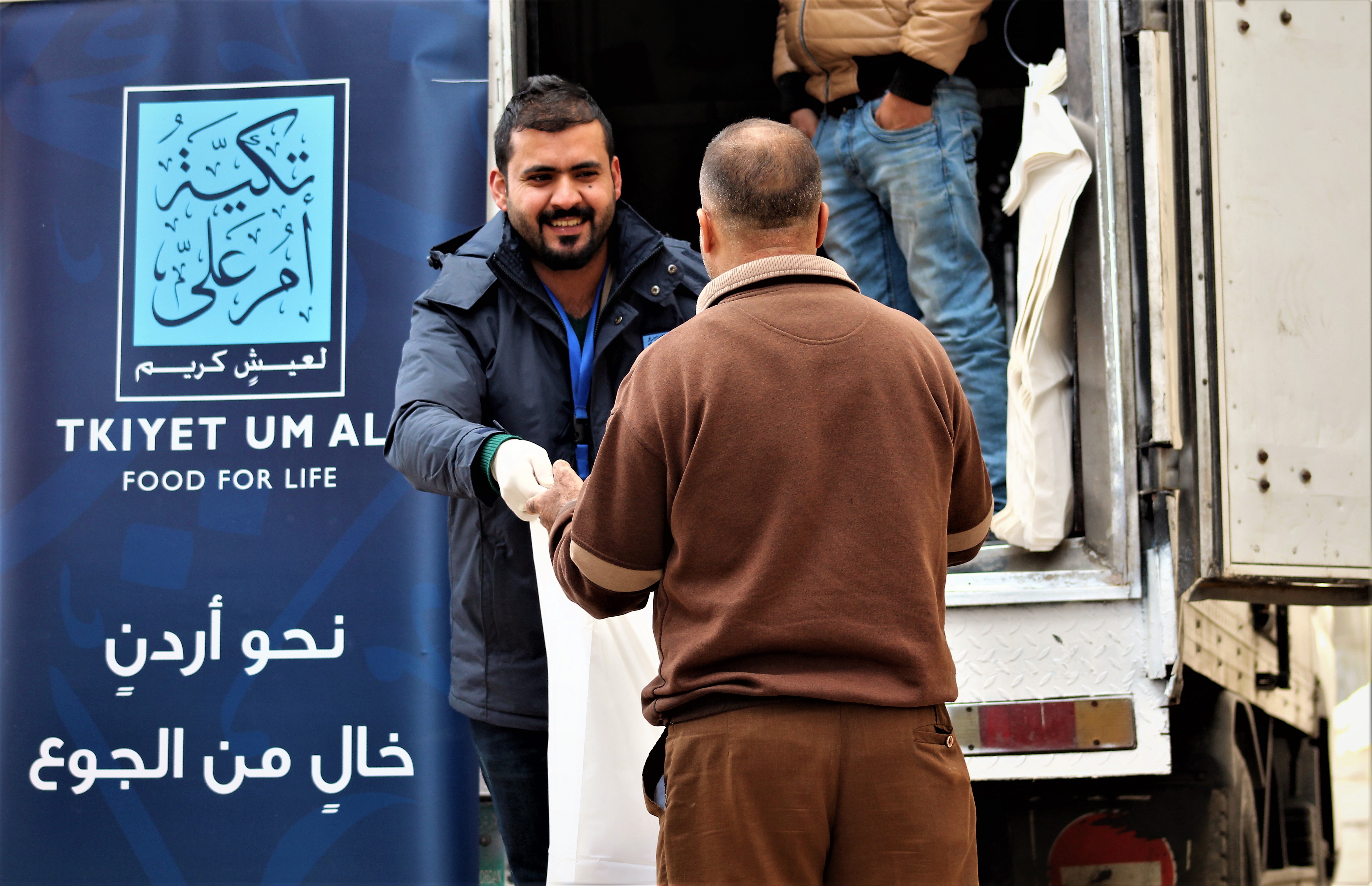 Tkiyet Um Ali has started undertaking the offering of Adahi on behalf of donors since 2005. The meat of the Adahi is distributed throughout the year to endorsed families.

TUA undertakes the offering of Adahi on behalf of its donors during Eid Al Adha. The Adahi are performed in Australia in the presence and supervision of a Mufti from the Jordanian General Iftaa’ Department and in conformity with Islamic Sharia law. The frozen Adahi meat is then shipped and stored in TUA’s refrigerated warehouses to be then distributed to endorsed families on a monthly basis. TUA also performs Adahi at the Greater Amman Municipality’s Slaughterhouse during Eid Al Adha and distributes fresh meat to the endorsed families during the Eid holiday.

At the end of every month, TUA also preforms Dhabihah, Aqiqah, Fadu, and Nither on behalf of donors, and distributes the fresh meat to endorsed families.

PROVISION OF ADAHI MEAT IN PALESTINE

Tkiyet Um Ali distributes part of the Adahi meat in coordination with the Jordan Hashemite Charity Organization to underprivileged families in the West Bank and Gaza Strip in Palestine, in cooperation with charitable organizations, including Zakat committees and Takaya Al-Khair. TUA reaches many areas across the West Bank and Gaza Strip in cooperation with UNRWA. 4,963 families in need have received Adahi meat in Palestine in 2020.