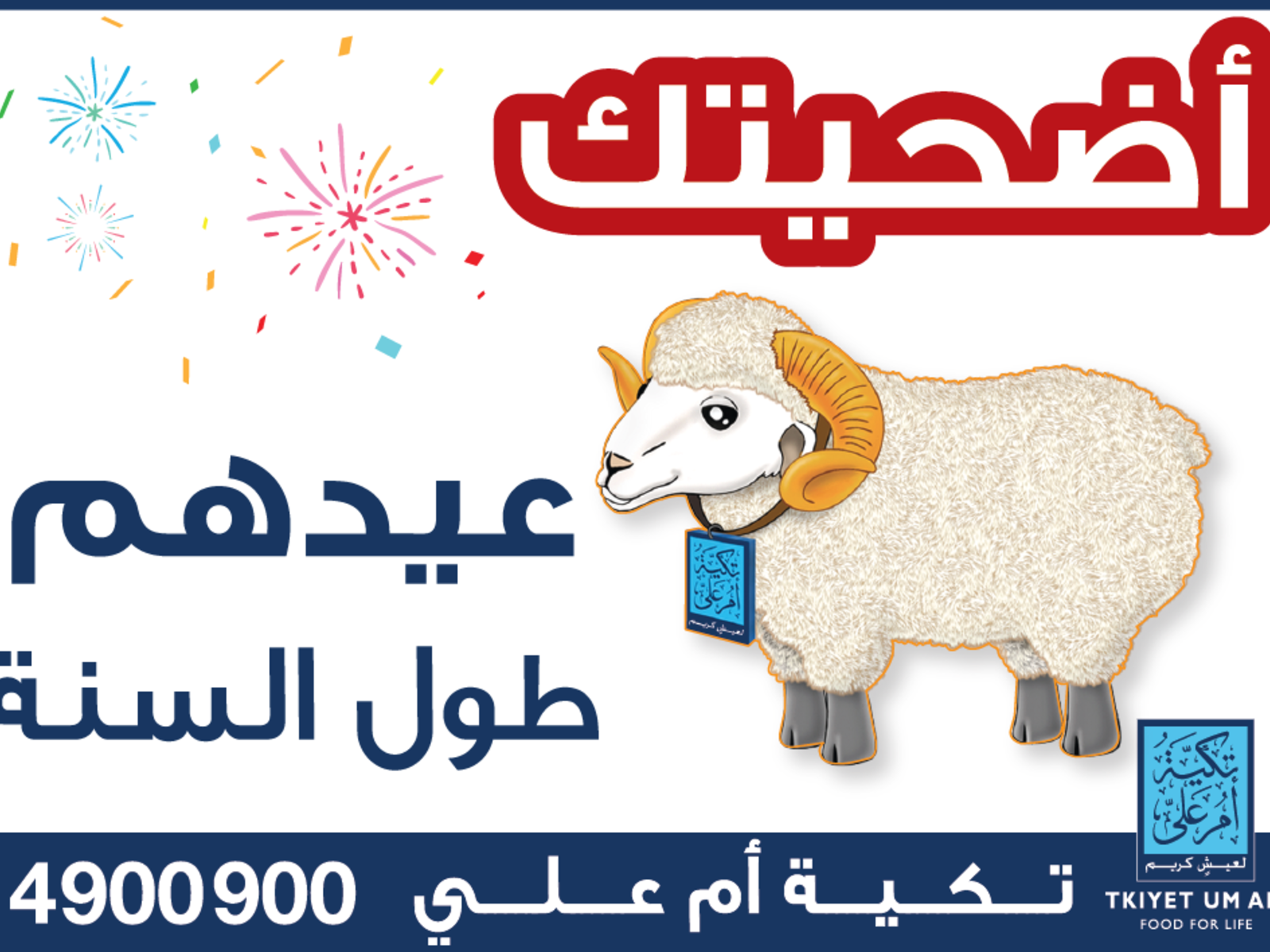 Tkiyet Um Ali launched its Adha campaign for 2019 under the slogan “Your Udhiyah is their Eid All Year Round".  The campaign is aimed at shedding light on the effect of performing Adahi with Tkiyet Um Ali on the beneficiary families who live in extreme poverty in the various governorates of the Kingdom. TUA undertakes the offering of Adahi on behalf of its donors during Eid Al Adha and the Adahi are performed in Australia under the supervision of a Mufti from the Jordanian General Iftaa’ Department and in conformity with Islamic Sharia law.  Performed in Australia, the cost of an Udhiyah is JOD 100, which includes performing, storing and shipping to Jordan where it will be stored in Tkiyet Um Ali’s warehouse in Al-Qastal. Adahi meat is distributed later to 30,000 beneficiary families. The Average weight of the Udhiyah is 45 kg and is performed during Adha Eid in Australia and Jordan. Commenting on the campaign’s launch, Director General, Samer Balkar said: "During the past 15 years, Tkiyet Um Ali has been committed to perform Adahi on behalf of donors in an aim to deliver Adahi meat to the neediest families in the Kingdom. Through our Adha campaign this year, TUA will deliver meat to 30,000 underprivileged families, affirming the importance of securing food aid to our beneficiary families all year round and not only during the Eid days.”  “Tkiyet Um Ali also delivers parts of the Adahi meat to people in need in the West Bank and Gaza Strip in Palestine,” he added.  “We thank our donors for their trust and support over the past years which makes a huge contribution to achieve our vision of reaching a hunger-free Jordan," he concluded. Tkiyet Um Ali provides donors with the opportunity to check the status of the Udhiyah during the Eid days through its website tua.jo . Donors can donate Adahi throughTkiyet Um Ali’s various donation tools such as the mobile application, the website, TUA’s booths at main commercial centersor by easily calling 064900900  Tkyiet Um Ali delivers sustainable food aid for 30,000 families living in extreme poverty in all kingdom’s governorates by providing monthly food parcels that contains 24 food items throughout the year.