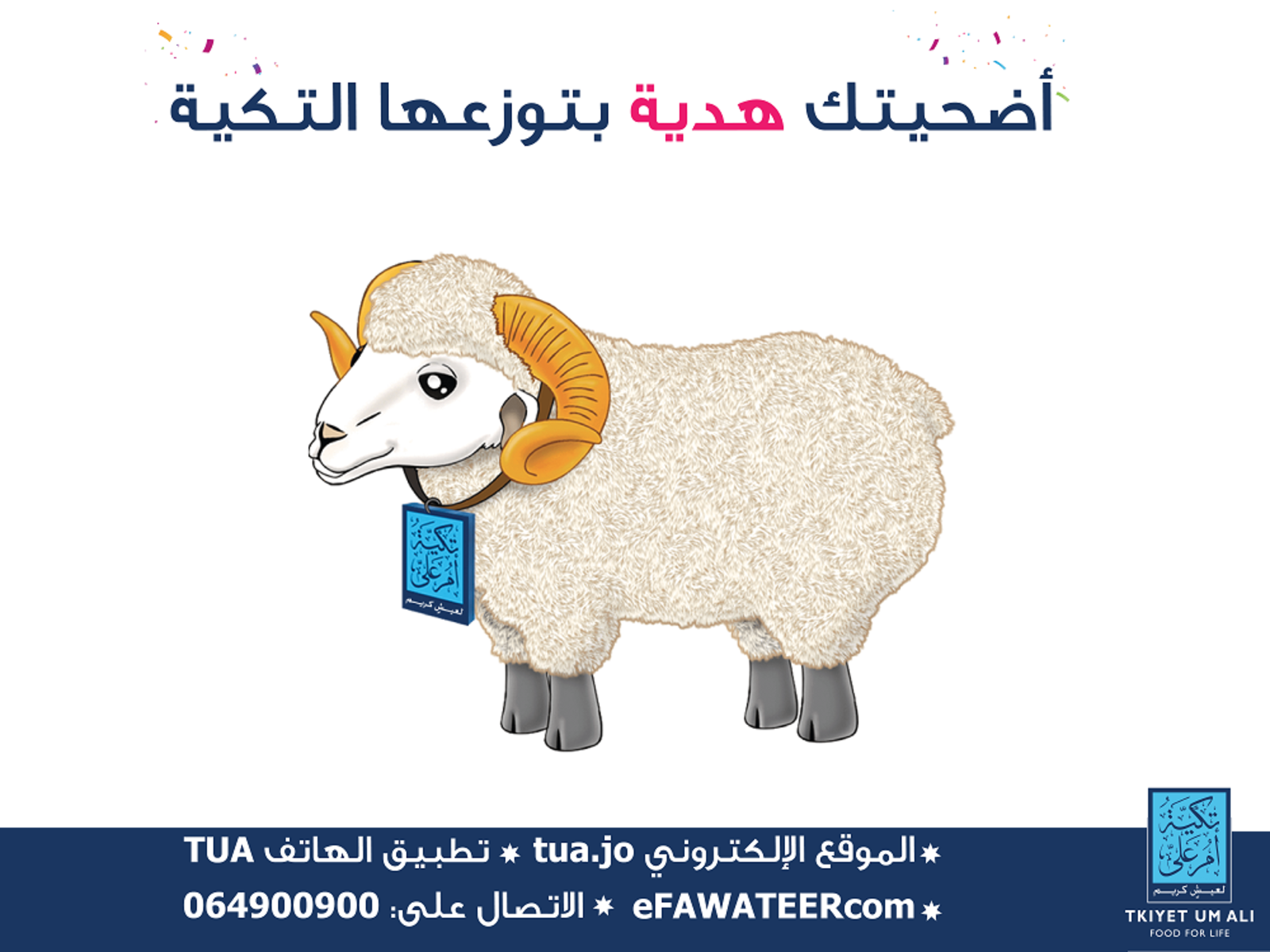 Tkiyet Um Ali launched its Adha campaign for 2020 under the slogan “Your Udhiyah is a Gift to Families in Need” with an aim to encourage donors to perform their Adahi with Tkiyet Um Ali to be distributed to 30,000 endorsed families who live in extreme poverty.

The campaign also aims to shed the light on the joy that the Udhiyah brings to TUA’s beneficiary families while highlighting the role Tkiyet Um Ali plays in distributing Adahi meat to families living in extreme poverty, especially during the current crisis resulting from the Covid-19 pandemic.        TUA undertakes the offering of Adahi on behalf of its donors during Eid Al Adha as the Adahi are performed in Australia and Jordan in conformity with Islamic Sharia law.

Each Udhiyah is for JD 100 and the Adahi meat will be distributed to 30,000 endorsed families who live in extreme poverty throughout the year.

Tkiyet Um Ali also delivers a part of the Adahi meat to people in need in the West Bank and Gaza Strip in Palestine as a part of “Takatof” project.