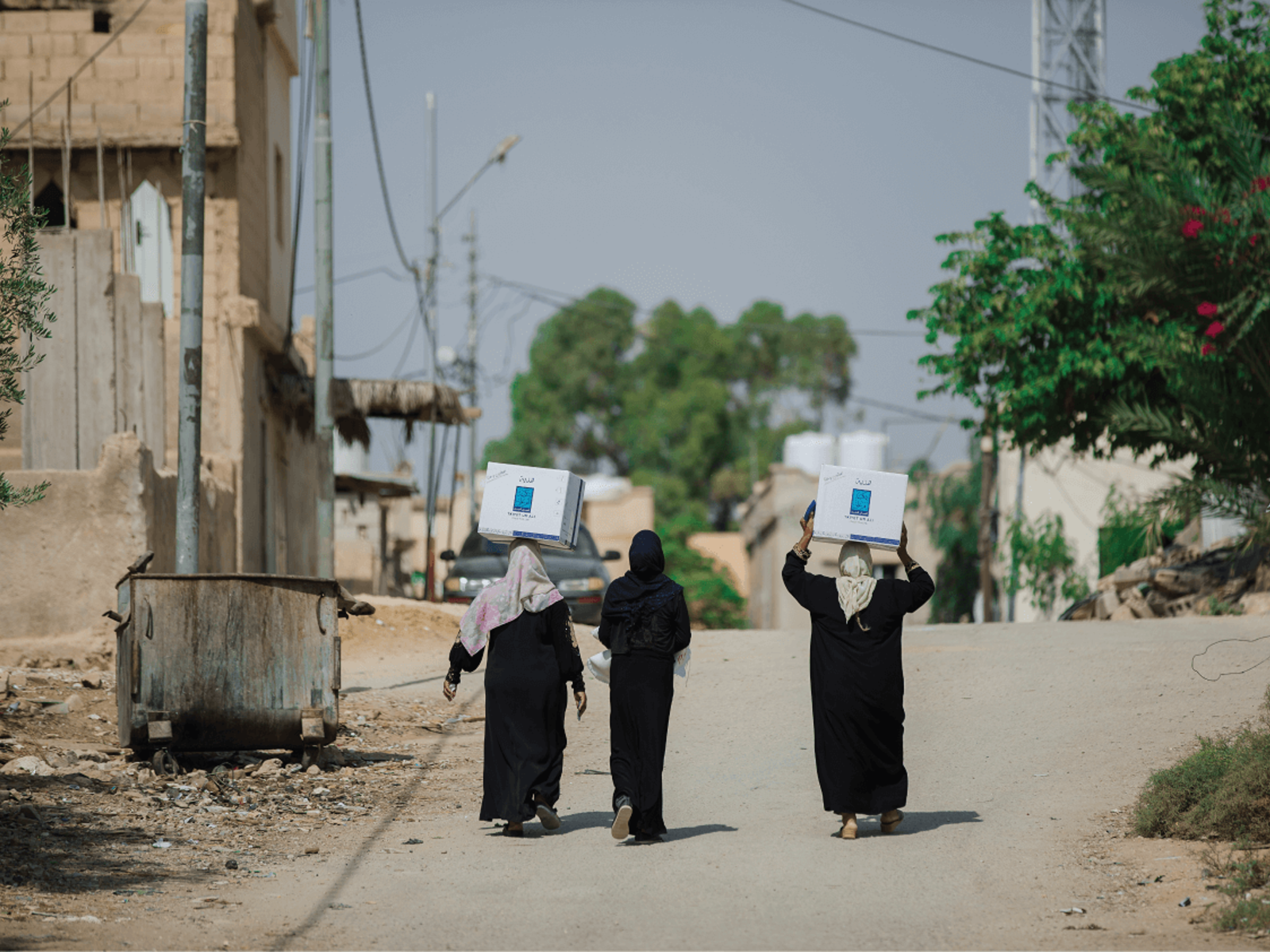 Tkiyet Um Ali announced its achievements for the year 2019. During of which, Tkiyet Um Ali has distributed 396,210 monthly food parcels to the endorsed families in all the Kingdom’s governorates. By achieving so, it has cumulatively distributed more than 2,000,000 food parcels since launching the Food Parcels Program in 2005.

Tkiyet Um Ali also served 84,490 hot meals to elderlies, women and children at its main premises in Al Mahatta, Amman, as part of its daily feeding program, ”Wayfarer”.  During the holy month of Ramadan, Tkiyet Um Ali served more than 135,343 Iftar meal to fasting people through its Mawa’ed Al Rahman Program which was held at its main premises and in several governorates across the Kingdom.

In 2019, Tkiyet Um Ali also performed Adahi on behalf of its donors during Adha Eid days, in addition to Dhabihah, Aqiqah, Fadu, and Nither to benefit 95,052 families in need across the Kingdom. Adahi meat was also distributed in the West Bank and Gaza Strip.

Over the year, Tkiyet Um Ali’s volunteers played a crucial role in helping it achieve its goals , where more than 7,997 volunteers from partner organizations, schools and universities in addition to individual volunteers of all ages and nationalities took part in Tkiyet Um Ali’s volunteering programs. During the the year, more than 21,439 volunteering hours were completed, which significantly leveraged the livelihood of TUA’s endorsed families in all of the Kingdom’s governorates.

Tkiyet Um Ali’s Director General, Samer Balkar commented:  “We at Tkiyet Um Ali are very proud in what we have achieved during 2019 and the milestones we have accomplished throughout the past years to deliver food aid to families who are most in need in the Kingdom.” He added “2019 was a year full of accomplishments which enabled us to deliver food aid to the endorsed families and secure their daily nutritional needs in dignity while at the same time, strengthening social solidarity in our community by delivering our partners’ contributions to people in need”. Balkar thanked TUA’s supporters saying: “We thank all our partners, donors and volunteers who have supported our programs throughout 2019 which will help us reach a hunger-free Jordan.” "We look forward to a successful 2020.” He added.