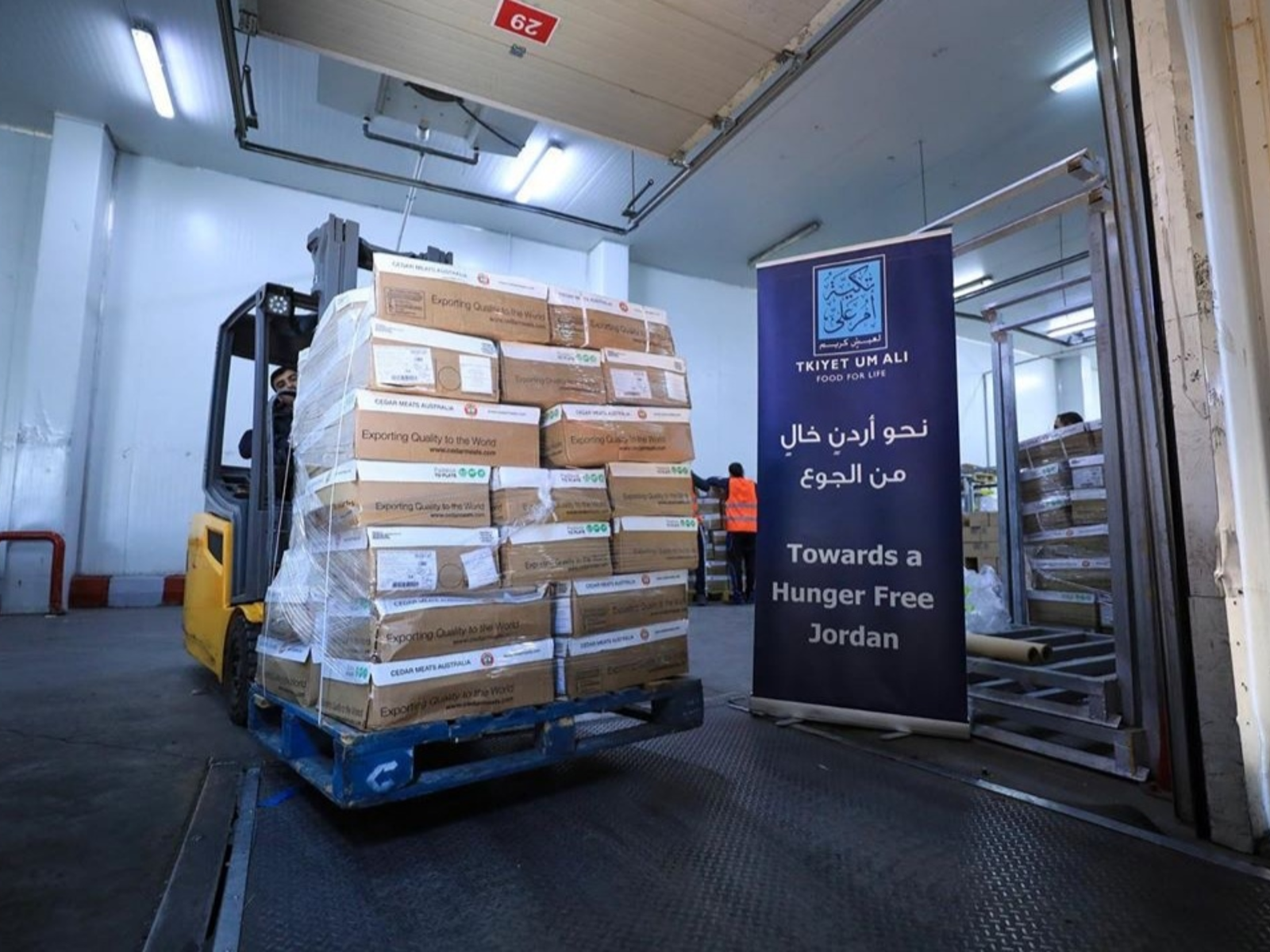 In the course of this week, Tkiyet Um Ali distributed parts of Adahi performed on the behalf of donors in 2018 to 10,000 Palestinian families in need, which is equivalent to 3,320 sacrifices in the Takatof project, which is held in cooperation with the Jordan Hashemite Charity Organization for the ninth year in a row. The first batch of sacrificial meat was distributed to 6,360 underprivileged families across the West Bank in cooperation with the Palestinian Zakat Fund, and 50 charities distributed among 13 partner societies and 37 zakat committees. In cooperation with UNRWA, Tkiyet Um Ali distributed Adahi meat to 3,600 families in need in the Gaza Strip. Earlier in the month of Ramadan, at its headquarters in Amman, Tkiyet Um Ali held three Iftars in the The Sanctuary of Abraham (Al-Haram al-Ibrahimi) in Hebron serving 1670 fasting people. During the Eid al-Adha, TkiyetUm Ali performes Adha sacrifice in Australia on behalf of the donors. A delegation from Tkiyet Um Ali, accompanied by a mufti from the Jordanian General Ifta' Department, supervises the performance of the Adahi and ensures their legitimacy. TkiyetUm Ali distributes sacrificial meat to the families benefiting from its 30,000 year-old programs living in extreme poverty in all governorates of the Kingdom. Tkiyet Um Ali is currently providing sustainable food support to 30,000 underprivileged families living in extreme poverty across 12 governorates in the kingdom, through monthly food packages containing 24 food items that meet the nutritional requirements of a family’s monthly needs, throughout the year.